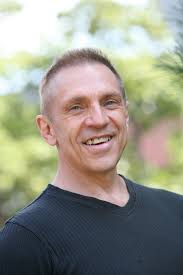 Originally from Buffalo, NY Barry began his training with Frank Bourman and went on to study at the School of American Ballet and the Harkness Ballet School.  He was a principal dancer with the Pennsylvania Ballet, Feld Ballets of New York, North Carolina Dance Theater and American repertory Ballet in addition to numerous guest appearances.

Barry is in his 30th year as a teacher and coach and has taught for Philadanco, Buffalo Ballet Theater, North Carolina Dance Theater, Chautauqua Dance Co., Princeton Ballet School, Louisville Ballet and since 1998 has been a leading teacher at Minnesota Dance Theater.  He has also been teaching the top level ballet curriculum at the U of M for the last 8 years.  He was the founding Artistic Director of Buffalo Ballet Theater from 1979-91 and the recipient of a choreographic grant from the NY State Council of the Arts.  He has choreographed numerous ballets and served as Ballet Master for Charleston Ballet Theater and TC Metropolitan Ballet. In 2001 he was inducted into the NY State Dance Hall of Fame.  His repertory includes many Balanchine ballets as well as the major classical ballets.